Treatment and Reintegration of Soldiers in Post-War Societies 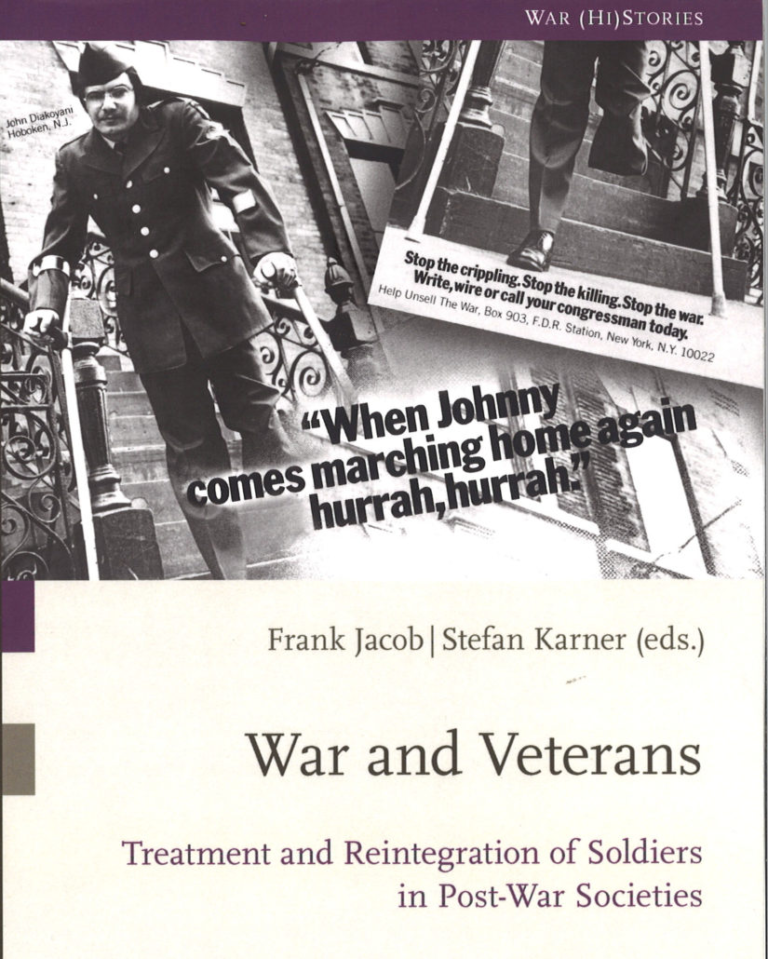 War creates veterans and societies are reminded by their existence that violent conflicts had been waged in the past. Even when the wars have been long forgotten by many, veterans are the ones whose fate has been tied to war and destruction.

Societies often struggle with their veterans, especially when they have to address the former soldiers’ traumatic experiences and acknowledge the wounds that hurt beyond the body. While veterans are a steady reminder of violent conflicts of the past, they are often ignored by their societies, once peace is achieved. Nevertheless, veterans play an important role in post-war contexts as well and this role, their influence and impact in the supposedly non-violent world need to be addressed. This volume discusses the role of veterans in the aftermath of war and shows how they had been treated by their societies and how the latter ones tried to reintegrate them into their own narratives of the past.