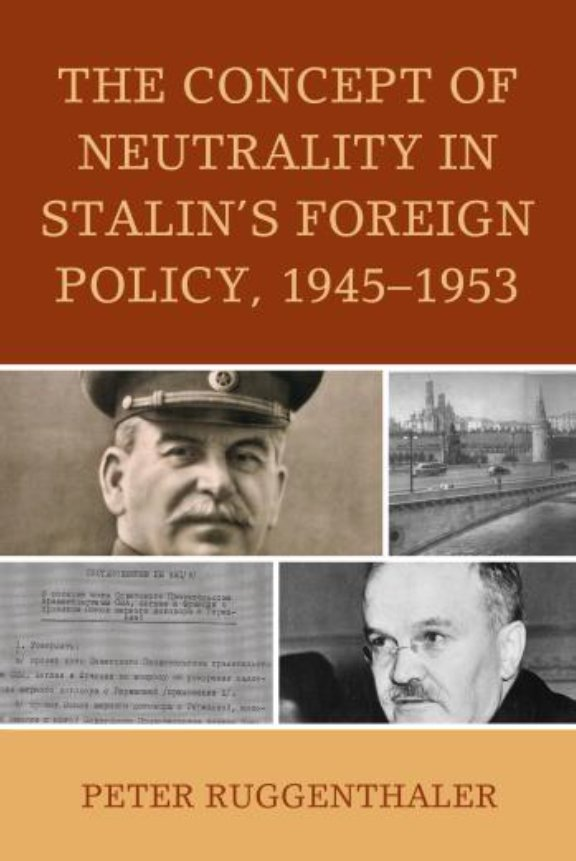 Drawing on recently declassified Soviet archival sources, The Concept of Neutrality in Stalin’s Foreign Policy, 1945–1953 sheds new light on how the division of Europe came about in the aftermath of World War II. This book contravenes the notion that a neutral zone of states, including Germany, could have been set up between East and West. The Soviet Union under Joseph Stalin was determined to preserve control over its own sphere in eastern Europe. By tracing Stalin’s attitude toward neutrality in international politics, this book provides important insights into the origins of the Cold War.

„Ruggenthaler has produced what is nothing less than one of the most important studies to date of Stalin’s post-war foreign policy. There is little doubt that it brings us several leaps forward in our understanding of this troubled period. It should be essential reading for historians and area specialists, as well as students of foreign policy analysis.“

“… fast paced, dense, insightful narrative… One of the book´s major academic strengths is its painstakingly organized treasure trove of documentary evidence… Ruggenthaler´s insightful premise, thorough research, and compelling arguments will be a starting point for all future studies on this topic.”