Publikationen Books in English The path to the Berlin wall

The path to the Berlin wall

Critical Stages in the History of Divided Germany 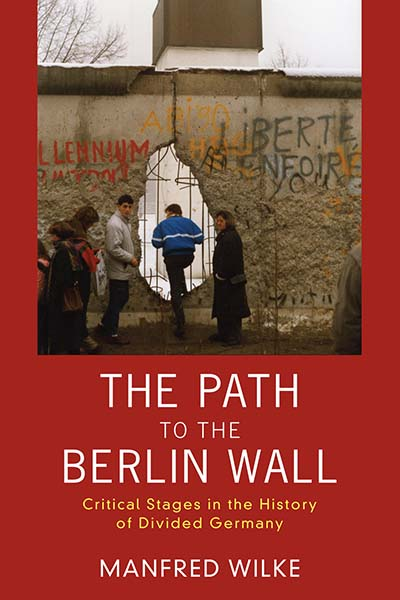 The long path to the Berlin Wall began in 1945, when Josef Stalin instructed the Communist Party to take power in the Soviet occupation zone while the three Western allies secured their areas of influence. When Germany was split into separate states in 1949, Berlin remained divided into four sectors, with West Berlin surrounded by the GDR but lingering as a captivating showcase for Western values and goods. Following a failed Soviet attempt to expel the allies from West Berlin with a blockade in 1948–49, a second crisis ensued from 1958–61, during which the Soviet Union demanded once and for all the withdrawal of the Western powers and the transition of West Berlin to a “Free City.” Ultimately Nikita Khrushchev decided to close the border in hopes of halting the overwhelming exodus of East Germans into the West.

Tracing this path from a German perspective, Manfred Wilke draws on recently published conversations between Khrushchev and Walter Ulbricht, head of the East German state, in order to reconstruct the coordination process between these two leaders and the events that led to building the Berlin Wall.

“Wilke […] gives a clearly written and well-balanced account, largely based on the extensive secondary literature and a judicious use of documents.”

“… constitutes a superlative model of combining biography with the study of nationalism. The latter constitutes the most novel contribution of this well-researched, straightforward historical depiction of Kohl’s ideology and its impact upon the continuing development of German national identity… Recommended”