The Vienna Summit and Its Importance in International History 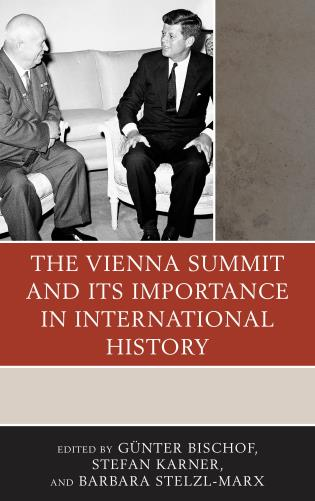 At the beginning of June 1961, the tensions of the Cold War were supposed to abate as both sides sought a resolution. The two most important men in the world, John F. Kennedy and Nikita Khrushchev, met for a summit in Vienna. Yet the high hopes were disappointed. Within months the Cold War had become very hot: Khrushchev built the Berlin Wall and a year later he sent missiles to Kuba to threaten the United States directly.

The superpowers came to see for the first time that there was only one way to escape from the atomic hell of their respective arsenals: dialogue. The „peace through fear“ and the „hotline“ between Washington and Moscow prevented an atomic confrontation. Austria also successfully demonstrated its new role as neutral state and host when Vienna became a meeting place in the Cold War. In „The Vienna Summit and Its Importance in International History“, international experts use new Russian and Wetern sources to analyze what really happened during this critical time and why the parties had a close shave with catastrophe.