Veranstaltungen Book Talk: Austria and the Cold War: A balancing act between the East and the West

Book Talk: Austria and the Cold War: A balancing act between the East and the West

The Cold War kept the world in suspense for almost half a century. When the Iron Curtain descended over Europe, Austria was also in danger of division. The victorious powers of the Second World War, which had liberated Austria from Nazism, were preparing for a prolonged occupation of the country. Austria was a major theater of the East-West conflict and thus also a stomping ground for the secret services. The propaganda war in the country also raged between East and West. The fear of the atomic bomb did not spare Austria either.

Austria bordered communist dictatorships for over a thousand kilometers. As a neutral state, Austria played an important role as a mediator, bridge-builder and negotiator. It was not until the division of Europe was overcome in 1989 and the Cold War ended that a new era began for Austria as well.

Book Talk: Austria and the Cold War: A balancing act between the East and West

Wo: Join us on zoom

Dr. Günter Bischof is the Marshall Plan Chair and the Director of Center Austria at the University of New Orleans. He has taught at UNO since 1989. He studied English and History in Innsbruck, Vienna, UNO and completed his Ph.D. in American History at Harvard University

Dr. Peter Ruggenthaler is the Deputy Director of the Ludwig Boltzmann Institute for the Study of the Consequences of War in Graz, Austria. He studied Slavic Languages and History at the Universities of Graz and St. Petersburg. His book The Concept of Neutrality in Stalin’s Foreign Policy, 1945-53 was published in the “Harvard Cold War Studies” book series.

Österreich und der Kalte Krieg is the first survey of Austria in the Cold War in many years. It covers political, economic and cultural history. It also shows how important a mediator Austria was in the Cold War between East and West. The two authors are specialists on American and Soviet history respectively — the book’s focus is on covering East and West equitably from both sides and how Austria fared in the Cold War ideological competition. 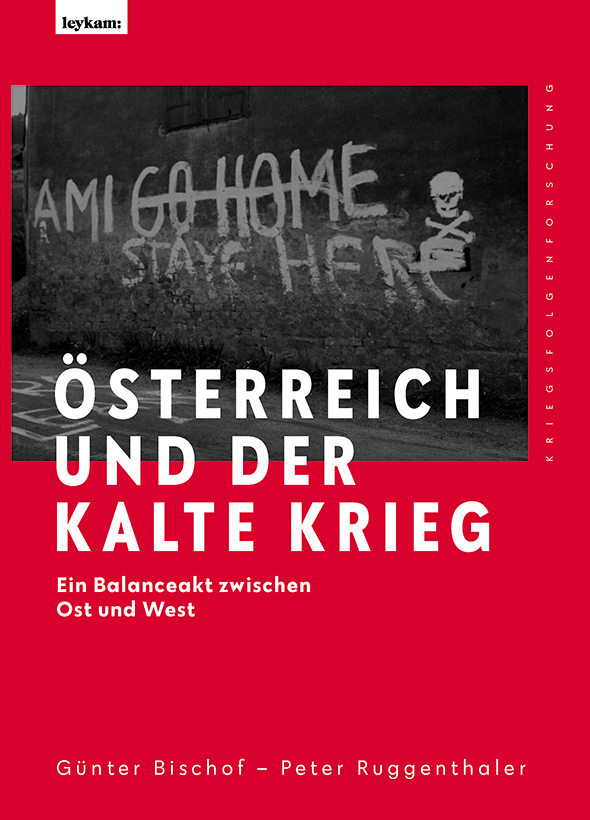